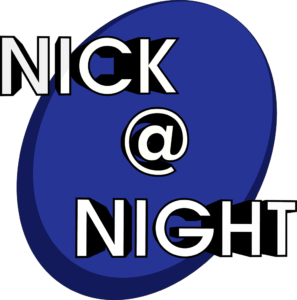 These are just a few words that describe Nick Aquilino. The 23 year old singer/songwriter has made it his mission to carry on the legacy of icons such as Marvin Gaye, Prince, and George Michael from a very young age. Since his breaking into the industry in 2017, Aquilino has been praised and endorsed by several successful individuals within the world of R&B. Praise for Aquilino’s music has come from both Tank and Jon B., as well as Pop icon Phil Collins, with Aquilino having the distinguished honor of opening for the latter two artists. Aquilino’s various covers of classic soul music on his instagram have also earned him likes and comments from R&B heavyweights such as Maxwell, Kelly Rowland, and even NBA superstar Dwyane Wade. His debut EP, Shortstop, has amassed over 151,000 streams collectively across all streaming platforms. Apart from music, Aquilino also hosts the Instagram Live series “M.B.L.” (Music, Basketball, Life) in which he has had the honor of sitting down with NBA legends such as Bob McAdoo and Stan Van Gundy, as well as current stars such as Goran Dragić in order to see how much of an impact music has had on their own careers in sports. With his latest singles slated to release Fall 2020, Aquilino will stop at nothing to deliver his best work and continue pushing his love of music to heights never explored before. His motto is simple and clear:

A huge thank you to the @miamiheat for taking the

I swear every Christmas, I get just a lil bit tall

Be sure to leave some treats out for jolly young S

Wait, I need to let you in on a little secret 🤫

“They’re jealous of my party, no way I’m tur

It’s a crazy feeling to know that my National An

Two years since I’ve released music of my own, a

It’s a pleasure to announce that my rendition Na

“That Body’s My Hit Single, and Girl We Bout t